For the users of taghycardia who find the program's internal mass tag editor undocumented, here's how to use the feature to clarify metadata for an album with messy tags. First, we point the program to the album using the "[. . .]" button at the top, then press Go button: 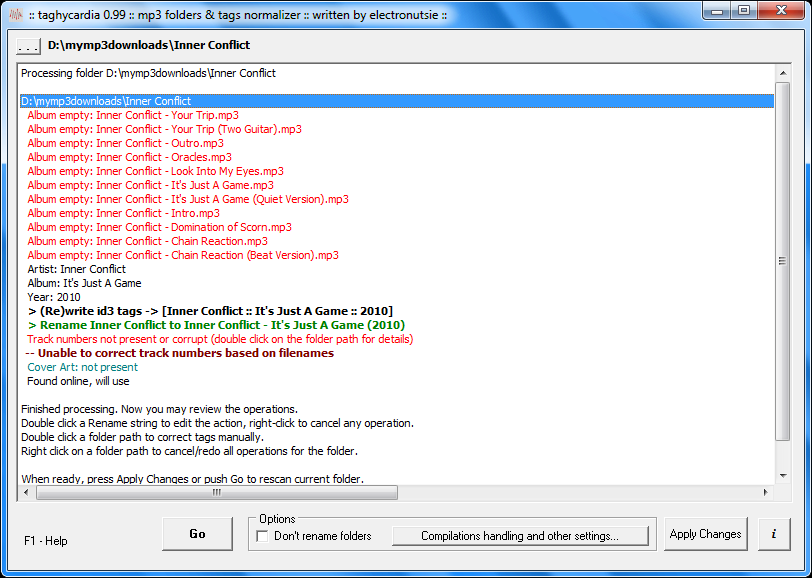 To run the internal editor, double click on the folder path (in this case - D:\mymp3downloads\Inner Conflict). The editor shows up:

As you can see, the tracks in fact have no titles, and the track numbers are a mess. In addition, the Album field is empty. Let's try to correct all of this using the Mass edit tags button.

Taghycardia has detected the release successfully, so we press Ok.

Now, we are able to get cover art for the release. Press Get Art button.

The art is loaded. Now, for track titles. Pressing the Get tracklist button. 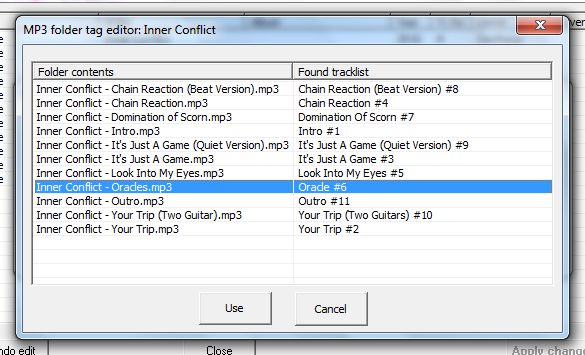 Taghycardia offers the track list for the release complete with track numbers. Note that the program performs fuzzy match: for the selected track, it chose the correct track list item despite the typo in the file name. Everything seems Ok, so we press Use.

Now we have the right track titles and numbers, as well as the cover art. Press Apply Changes to write the modifications physically into the tags and then Close to close the editor. 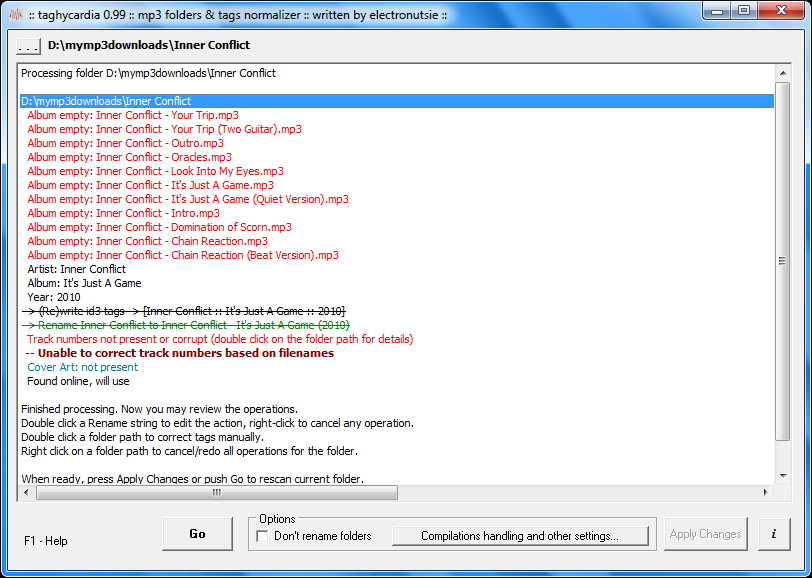 Note that the program has removed the changes scheduled for the folder as we had made some modifications manually. Let's try rescanning the folder to see if it has any other tag errors left. To do that, press Go button. Now everything looks good, all mp3s in the folder have Album and Artist, as well as track numbers. As I have configured the program to rename folders and add track numbers to filenames, it schedules that for the album, so I press Apply Changes to perform the operations. Now the album is thoroughly tagged complete with embedded cover art. 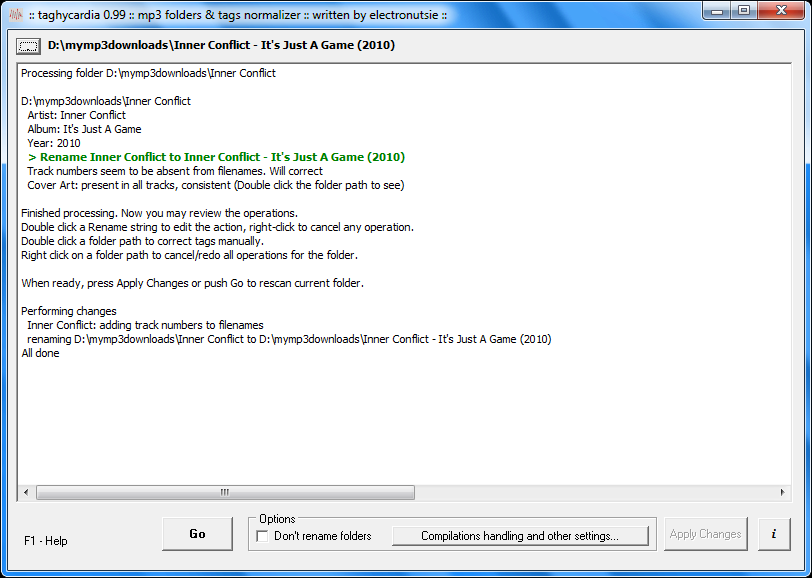 Auto getting album art for your MP3s with taghycardia

Taghycardia is a little free Windows app that is intended mainly to get downloaded mp3 albums ready for putting on iPhones. However, it also turned out to have a nice Auto Cover Art Download and Embed  function. 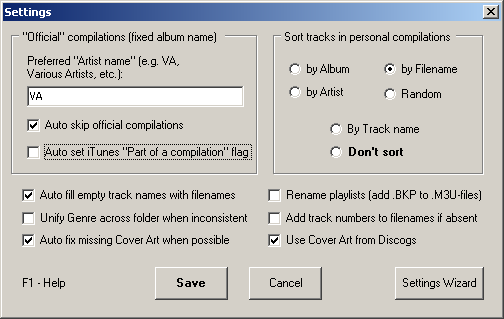 Next, choose the root folder of your mp3 collection and press Go. The program will start traversing mp3 folders trying to get art for the tracks that lack embedded pictures. Finally, it shows its synopsis: 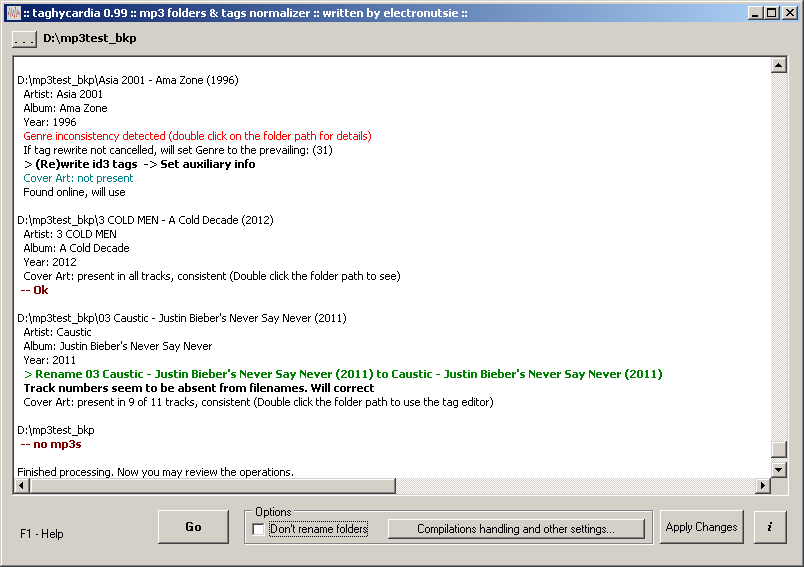 Now you just have to press Apply Changes, and the program will embed cover art it found online (or locally) into the tags that didn't have images.
Posted by Unknown at 07:51 No comments: